Stop and Smell the Flowers 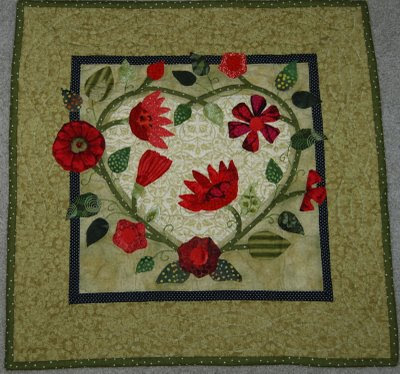 This absolutely stunning , beautiful quilt arrived in my mailbox today from Margaret Gunn in Maine from the Miniature Booty Swap. Thanks A million!!!! 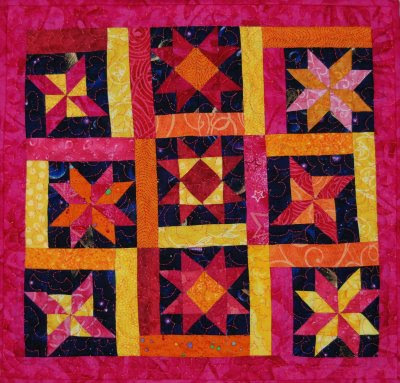 This is the little treasure I made and it is going in the mail today. The stars are all 3-inch pieced blocks. 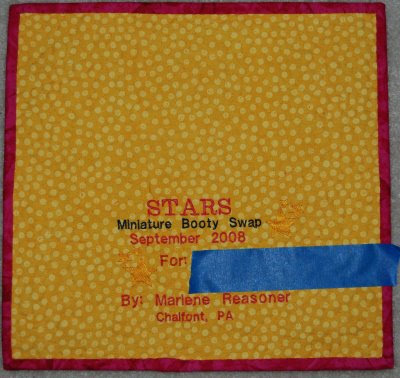 I embroidered the label, incorporating it as the quilt back. Hope she likes it.

Another Blog Give Away

Quilting with Debi is celebrating her 200th post with a giveaway, just post a message and your in the contest, advertise it on your blog and get and extra 5 chances.
Posted by Marlene at 12:15 PM No comments:

Calamity Jane's Cottage is giving away an adorable Halloween purse, just leave a comment, get your name in twice by posting it your blog.
Posted by Marlene at 12:03 PM No comments: 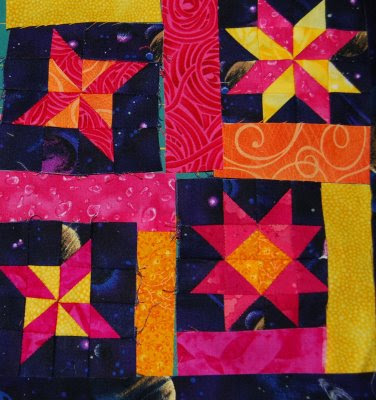 Last week, the whole family was in Pensacola, Florida for a week long sailing regatta. The format of the racing is the fleet is divided into 4 groups, A B C D. A round robin is sailed for the first 3 races, with each group sailing each other once (ex. A vs. B, C vs. D). Each group races twice on Mon, once on Tue., and then the cut is made, just less than half the numbers of entrants. In this regatta, the top 29 sail in the Championship Division, and 30 were in the Presidents division. 4 more races are sailed after the cut. 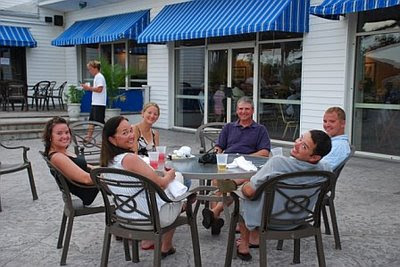 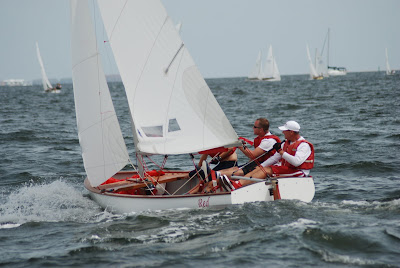 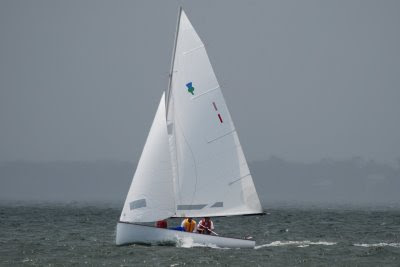 Luke is the person in the middle. Below is HOOT. I am standing by the mast, Beth is on the bow. 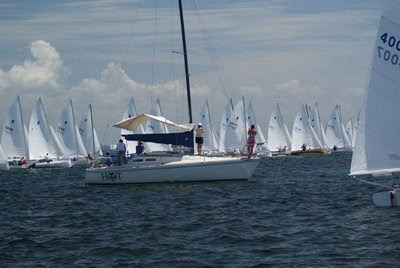 Dan won race 2, division 2. This was the first time he won a race before the “cut” at a Nationals, and they had 3 top 10 finishes. 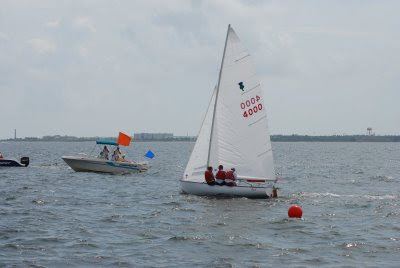 Finishing first!!! Team Red also won the Dave Valla Memorial trophy awarded to highest finishing boat with all family members. They finished the regatta in 15th place.
Posted by Marlene at 10:07 AM 1 comment: