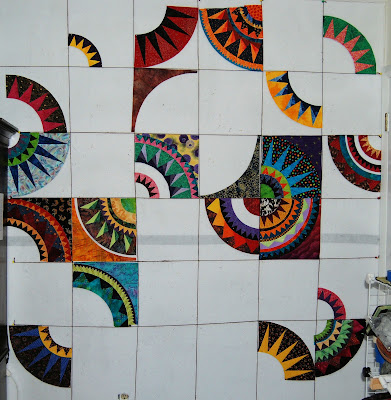 Well, I think I'm making real good progress on this, it has been 3 weeks since I started. The arches are not sewn together yet as this will allow for parts swapping as it progresses.

Today's history lesson:
Cinco de Mayo - a party to celebrate freedom and liberty. On May 5, 1862, the Mexican army defeated the French army that was twice their size. This victory kept the French from adding soldiers to Confederates which in turn allowed the North to build a majestic army only to defeat the South at Gettysburg, in essence, ending the Civil War.

So I guess that's why this Karen Stone quilt (link is to EQ)is so colorful. This may look intimidating, but it’s simple paper piecing with a multitude of curves, a few re-drafted arches and mitered piecing. So here’s the challenging part, use only my stash, without repeating a fabric used among each arch.

I like to work organized, (but messy) here's how it begins...I strung yarn horizontally and vertically to make 36 - 12 1/2 inch squares on my wall. This is the size of the unsewn blocks. 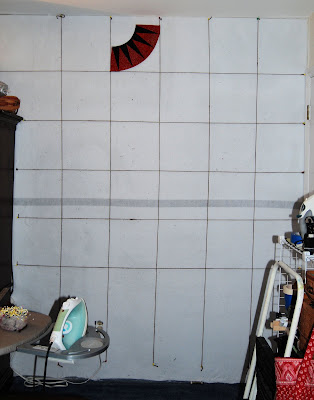 Then I started adding the arches I have already sewn, placing them in their location/orientation. 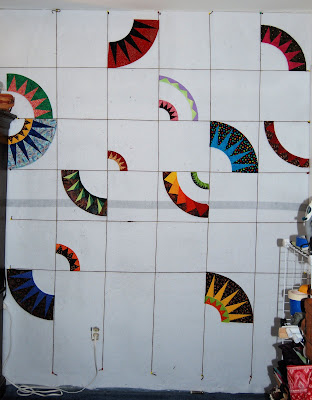 Stay tuned for updates, it's going to be timely project...
Posted by Marlene at 8:55 AM 1 comment:

Before and After: A Day of Cleaning

Not much explanation need here, just a few before and after photos of a day of cleaning...
Before... 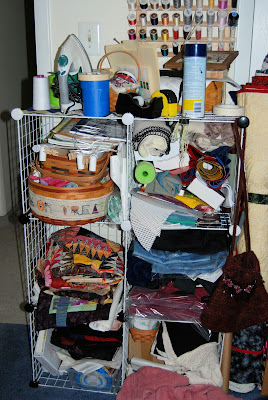 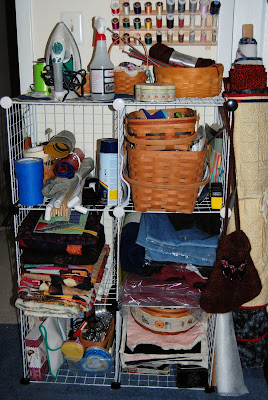 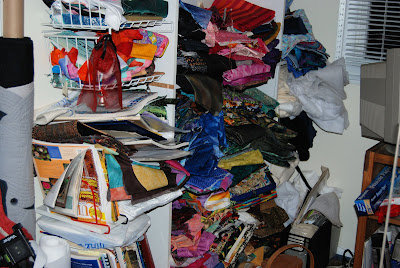 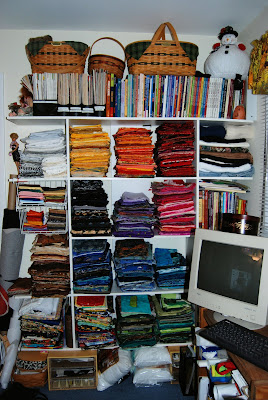 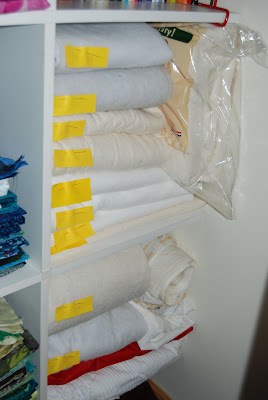 I folded all my left over batting pieces, then labeled their sizes... 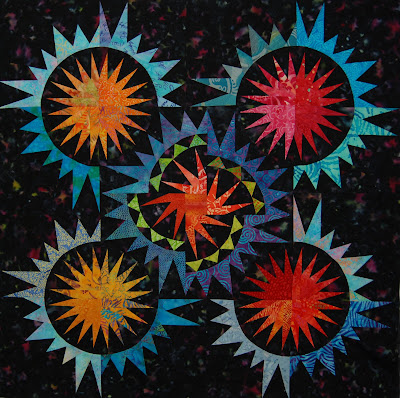 Spikes ready to quilt...in my clean room!
Posted by Marlene at 5:45 PM 2 comments:

Spikes on My Wall... 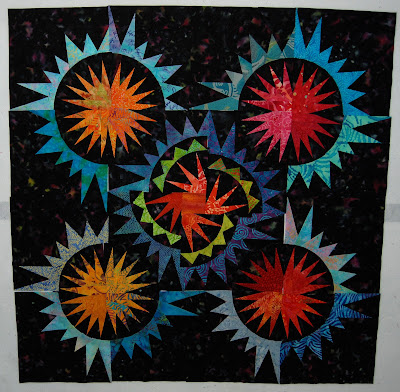 Now it's assembly time...this is a small version of Judy Niemeyer's 4th of July pattern.