Who I Am Makes A Difference

Posted by Marlene at 9:05 AM No comments: 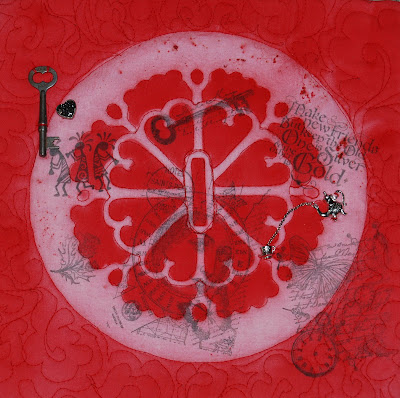 Posted by Marlene at 5:40 PM No comments:

It was a nice day yesterday to play with a little sun painting. After collection all my supplies, I realized I didn't have any more sponge brushed. I searched the house to improvise, and I came across one of those foam sponges in the kitchen, well I think it works so much better than the brushes, cost wise probably not, but I employed one that was moderately used, and it was great. 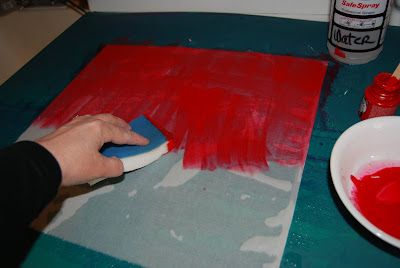 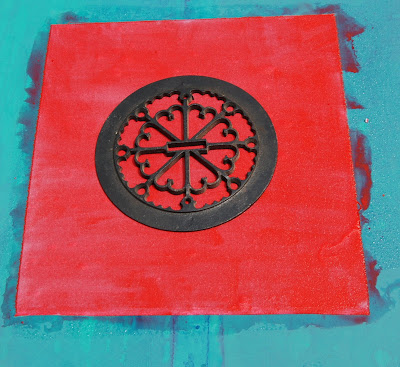 Here is the result... 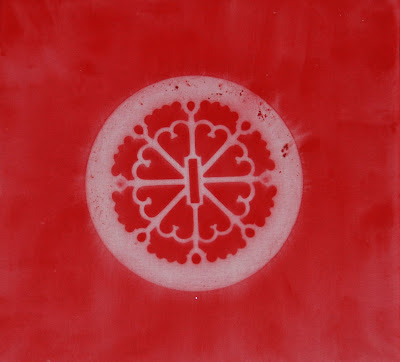 Then I stamped it...and later I will quilt and embellish it. 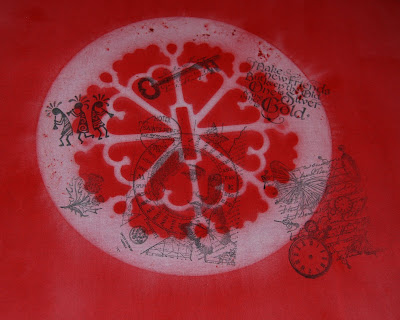 My aching body...Yesterday Dan and I attempted to race (Sailing) in 20mph winds. Needless to say we sailed 2 legs of the course when the winds increased, it was too much for us to handled and we abandoned the race. Later in the day we went back to the lake to cover the boat as we didn't bring the cover up with us earlier. I did my third run for the week there.

My 2 daughter's and I doing a triathlon in July as a relay. My part is the 5k run. I've been in serious training now for 6 weeks. Beth and I are taking a beginning running class, through the Training Zone, building endurance, where the goal at the end of the 12 weeks is to run a 5k. The class ends a month before our race, but instructor is going to give us run work outs to do for the time untill our race. Beth is very competitive. She is pushing me to run 10 minute miles, where right now I'm running about a 13 minute mile. Last summer when I started running I was at a 17 mile pace, which Dan thought was a fast walk and not a "run". The two of them are "athletes", Dan has played ice hockey and has since he was 5, through high school, college, now in a men's league. He also ran 15 marathons since 2001. Beth has been a competitive swimmer since she was 9, and also swam in college, now Masters. She ran one 1/2 marathon , a 5k, and will doing 2 additional triathalon by herself this summer as well as the Broad Street Run and few more 5k's. I was a cheerleader, not much of an athlete yet very active, in high school, so long ago, but it was not like today's cheerleaders with all the tumbling. So running is hard for me, Dan learned that when I wore a heart rate monitor one day when running. Now I'm running about 3 miles, 3x a week. I must admit how good it feels after a run.
Posted by Marlene at 9:58 AM 1 comment: 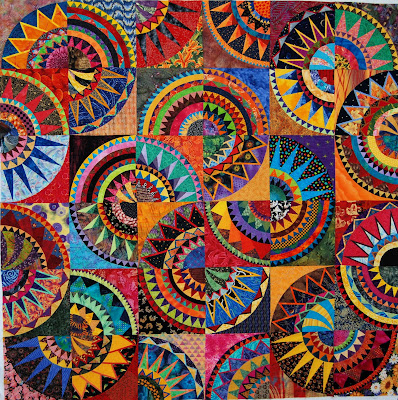 The top is finally done and ready to be quilted. I think I'll call my Cinco de Mayo "Salsa". 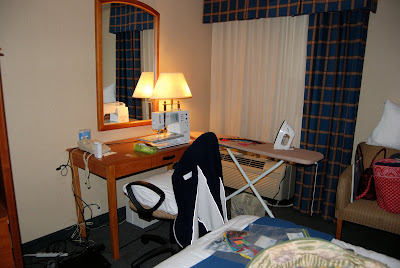 I must be Smarter, I stayed at a Holiday Inn. This past weekend I took a road trip with Beth to Bristol, CT. She was going there to take her Aquatic Exercise Association certification test. I went along to keep her company. It's kind of weird spending an entire day in a hotel room, sewing. I did manage to finish the remaining blocks for my Cinco de Mayo quilt. Now I just need to sew the blocks together, then quilt.

On Sunday, we visited the New England Carousel Museum. 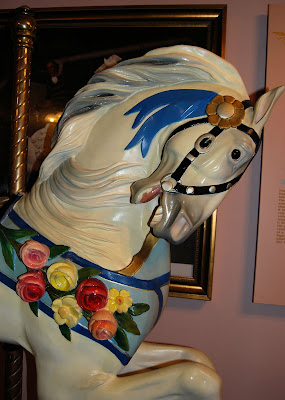 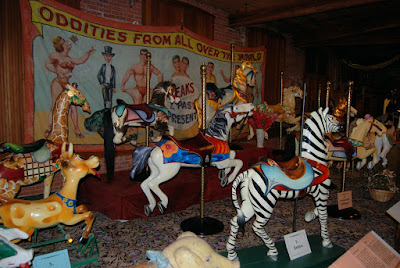 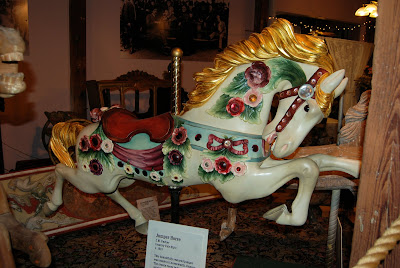 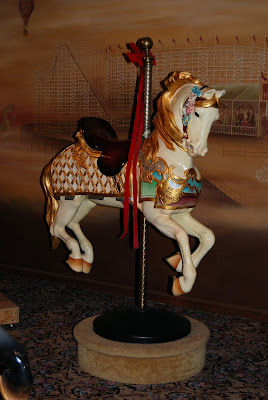 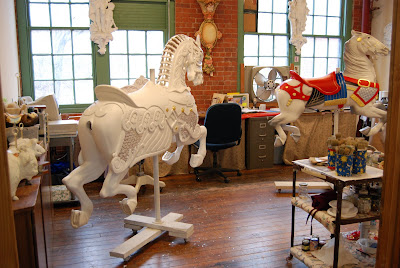 Bristol, Ct. is the "Home of ESPN" 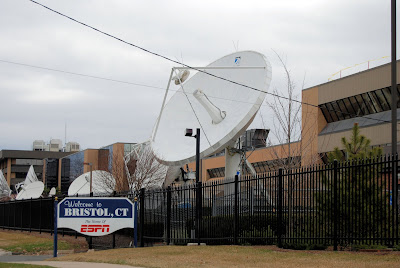 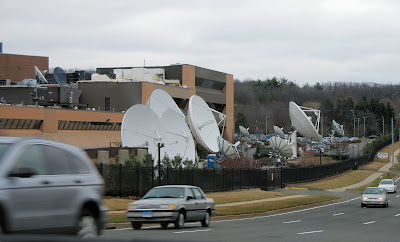 On our trip home, I spotted this fun van as we were cruising South on I-84. 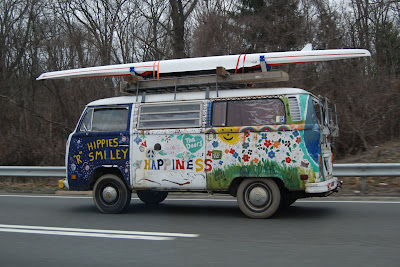 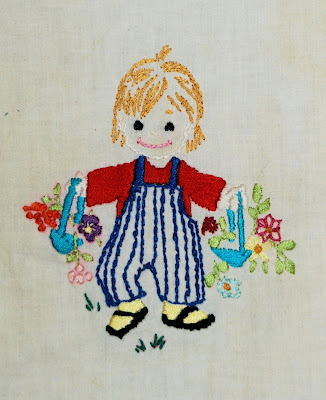 Sue Reno often shows photos on her blog of vintage textiles that she has collected. This is one I stitched when I was about 8. The fabric is about 9 x 6 inches. My grandmother taught me how to embroider and I still love it, yet I may not be a master, or know thousands of stitches.
Posted by Marlene at 10:59 AM 1 comment: