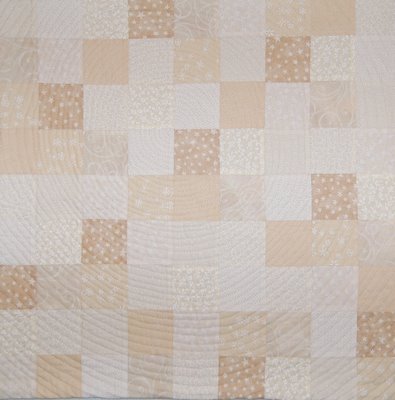 "October Snow of 76", 22 inches square, tone on tone off whites. I quilted circles free hand without my walking foot or a guide. I think the next time I do circles I will use thoses tools.
Posted by Marlene at 7:56 AM 2 comments:

It is very emotional watching the pageantry of the military and realizing the sacrifices that made by those who choose to serve our country. In some ways it makes me feel guilty. In my family there have been men who were in the service, but in peaceful times. My grandfather was too young for WWI and too old for WWII, my Dad was in the Army, just at the end of Korea. My brothers were too young for Vietnam, later they both enlisted in the Navy for a few years.

In March of 2001, my son Ben was a senior in high school, he came home from school one day and said his "buddies" were all joining the Marines and wanted to join them. My first response was No, then preceded to tell him I would not let him join. (He was 18 and didn't need my permission) I said to him back in March of 2001, that was world had been at peace for too long, and that I didn't want one of my sons at war. Who would of thought what would happen in September of 2001. All of Ben's buddies were in Iraq, thankfully they are all home now. 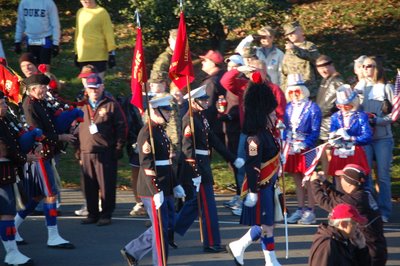 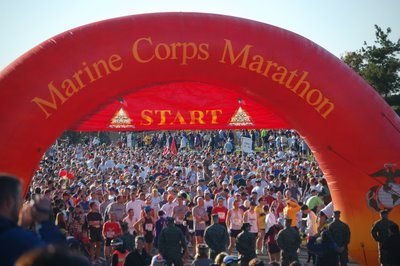 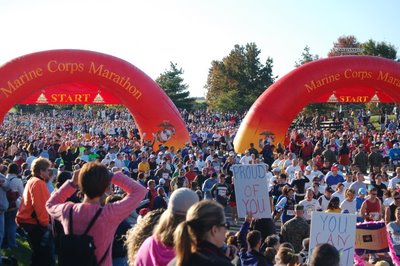 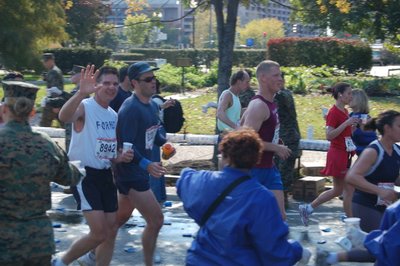 There's Dan, going through a water station, waving, bib #8942, with Forrest on his shirt. It's motivation for him, often he hears someone yell "Run Forrest Run"! 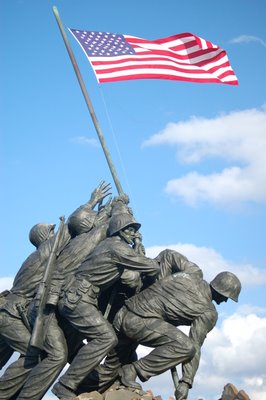 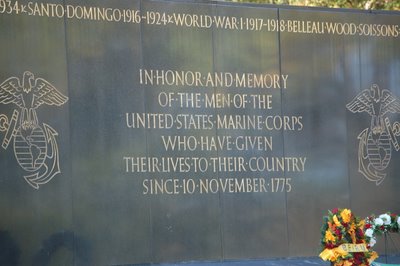